How to “Pooper Proof” Your Party 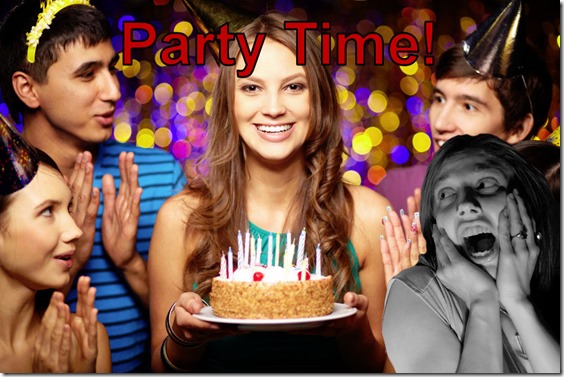 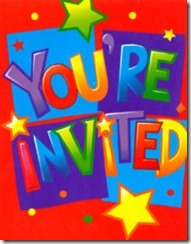 For those of us with Social Anxiety Disorder, life has many challenges. Social Anxiety Disorder (SAD for  short – or if you want to confuse your friends, just call it the “heebie-jeebies” (not to be confused with The Bee Gees, although SAD does intensify when disco music is played)) is the fear of being with people. Social settings scare us. A party is the most social setting of all. There’s food, lots of people, laughter, conversation, and music: it’s a nightmare.

And it gets worse

It’s one thing to attend a party and try to hide the whole time; but it’s even worse when people expect participation. First of all, the food is usually unrecognizable. There is a big bowl of brown stuff that looks like pig slop, and people suggest dipping my cracker into it and munching away.  No, thank you. Then, the music is generally way too loud, and that is nerve-wracking.  Finally, someone drags me by the arm and asks me to dance, and I start to look for the exit. When another person announces that the drinks have arrived, everyone cheers except me.  I don’t partake of adult beverages unless you count YooHoo. Then somebody tries to spike my YooHoo; and when you combine that with the loud music, I am on the dance floor, laying down some major moves and looking quite a bit like Jerry Lewis on a bad day. 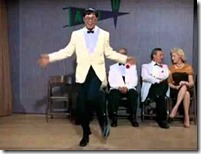 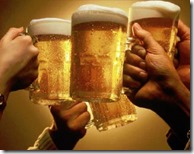 People tend to get louder and louder as the evening progresses.  Some just act plain goofy. As more alcohol is consumed, this intensifies, until crazy behavior breaks out. Strange clothing may be worn by some, while others opt for removing theirs. Sometimes people become belligerent or even engage in fisticuffs. I usually wind up hiding behind a chair until the clown shows up and scares everyone half to death.

You would think that this is the worst that can happen to someone with SAD Bee Gee disease, but that’s not the case. Even scarier than going to a party and enduring all that stress is going to a party and creating more. By this I mean that the worst thing that can ever happen is spoiling the party not only for yourself, but for everyone else as well. They have a term for this, and it is called “Party Pooper.”

The Art of Pooping a Party

There are a great many ways to achieve the status of being a party pooper. Some people have to work diligently to achieve this.  With others, it just comes naturally. A well-placed insult to the host goes a long way toward accomplishing the goal. For those not blessed with the ability to easily annoy, copious amounts of alcohol will usually compensate for this shortcoming. The main thing to keep in mind is to be mean and relentless.  That usually works.

For those of us who would rather not offend, other avenues are available. For the nervous, anxious and fearful person, a panic attack will dampen a party, especially if you can manage to pass out.  Likewise the emission of several types of bodily fluid works wonders at clearing a crowded room. No further explanation is needed. 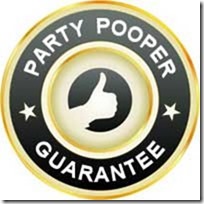 But what if you want to avoid the stigma of being a “PP?” That, too, can be achieved.  Lucky for you I have a lot of experience at this – and a lot of space left in this blog.

Over the course of time, I have developed an impressive skillset that enables me to skate unnoticed through virtually any party. A lot of this centers around learning the art of how to hide. Take your average room, for example.  Your average room has four corners. That is where you want to hide.  A corner is secure and safe, and chances are that people will avoid you if you stay there – perfect! Try to find a comfy chair in a cool spot in the corner and sit there the whole time. Don’t drink anything or else you might have to use a strange bathroom in a strange house. The horror of that thought is too much to handle.

If anyone happens to mistakenly come your way and tries to engage in conversation, you can overcome this by nodding and smiling, even though by now your fears have rendered your ears useless.  You do not comprehend a single word they say, so you fake it, hoping that they are not telling you about some family tragedy or their latest disease.

Once you master these basic skills, you can get through any party without acquiring the reputation of being a party pooper. By essentially becoming a “nodding statue,” you accomplish this.  Now, when people talk about you, they say things like:

In reality, this is actually what you want to hear.  No one notices you, and that is fine.

Turn on the Spotlight

But what happens to a SADster when the tables are turned and it is impossible to hide?  What happens when the party is for YOU? (Did I just hear the sound of someone shuddering?)

This tragic fate recently happened to me because I had a birthday and a party was scheduled. My first reaction was, “Great, I will get a chance to celebrate with friends and family.” Then I realized that friends and family are people – a LOT of people – and that is when fear set in.

Everyone would want to talk to me – ask questions and expect answers in the form of words and sentences. That’s a lot of pressure.  Since it was my party, eyes would be upon me – something I do not like. My stomach started to churn. And worst of all, since this was held in the summer, it would be outdoors.  I would have to go outside and stay there almost all day.  For an agoraphobic, this thought is paralyzing. 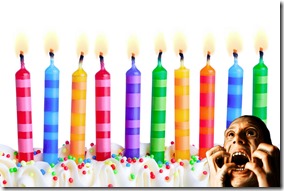 Jus think about it: standing outside, unprotected, encircled by 30 people, all singing “Happy Birthday” at the top of their lungs, while the neighbors rush to their windows to see what the commotion is all about.  Passing cars will not pass by.  Instead they will stop and gawk at the helpless person in the middle of the crowd as he fidgets helplessly and prays that no one hollers out “Speech!”

And then it happens: some fool hollers out “Speech!”

This my friends, is not an imaginary scenario.  This is exactly what happened to me last Saturday: people and food and drinks and “Happy Birthday” sung out loud! So, what did I do?  How did I cope with all this?  How did I manage to survive the day?

It’s simple. It was a birthday party.  I relaxed and enjoyed it – duh!  Haven’t you been paying attention? The rasion d’etre for this blog is to let people know that you can have fun in your life no matter what – and that is exactly what I did.

Last Saturday was one of the best days I have ever had in my entire life. I hope that you will be able to say something similar soon!  Enjoy your life!