EDITOR’S NOTE: The author of this blog entry bears no responsibility for any bad feelings resulting from its reading.  On the other hand, if you think it is simply brilliant, he will assume credit for its creation and accept payment in the form of Fritos.

I was watching television (see – we are already off to a bad start) and something was annoying me. I know, you are probably saying, “Only one thing was annoying you?  That’s not like you at all.” And you would be correct. One thing led to another, and that led to trouble.  Luck you – you get to read it.

I have complied a short list of some of the things that “bug” me.  The reason I say “bug” is because don’t want to scare people away before they read it.  I will never get any Fritos unless I save all the strong words until the end. So, for the sake of watered-down “journalism,” let’s just call this:

Things that Make Me Cranky

I don’t know who invented this: screaming “WOOOOOOOOOO!” instead of just applauding for something, but sometimes I feel like slapping the person who did. It’s way too loud. It makes me nervous.  And it gives me a headache.

My gut tells me that the Woo started somewhere in the late 1970’s when things were just starting to get out of control after the docile days of the 1960’s (which I hardly remember because I participated in them). Disco was sweeping the nation with its mind-numbing, computer-calculated similarity, and punk music had not quite debuted yet. Some wise guy at a concert probably figured that she or he needed to be heard over their peers, so they screeched a high pitch wail, and voila: the WOO was invented.  This caught on like wildfire, and now people yell it all the time.  The only problem is that when everyone does it, no one gets heard.  It just causes hearing loss; and I would like to hold onto what hearing I have left (again, a side effect from that decade I mentioned). Thumbs down for the Woo. 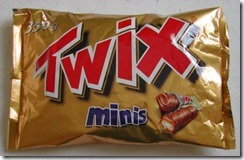 Who do they think they are fooling?  Minis are just regular-size candy bars, chopped into smaller pieces and sold at a higher price per pound. And yet we fall for this advertising gimmick every time. Lines like “If you like Reese’s Peanut Butter Cups, you will LOVE Reese’s Minis!” make our mouths water and we race to the store. Guess what?  I bought them – and they were they same candy!  The same goes for Twix Minis, Mr. Goodbar Junior, and Peppermint Patty Bites.  (I never said that I didn’t fall for the line, just like everyone else.)

Being a math lover, this phrase has always irked me. It is used to measure human effort, and it is impossible.

The scene is set: an athlete has just accomplished something amazing.  A reporter sticks a microphone in his face and asks him about his achievement.  He then says that the secret to his success is that he always gives “110%.”  That is when I feel like vomiting. No one can possibly give 110%.  Why, giving only 100% would mean giving every since ounce of energy you had, every breath in your body.  That means you would have to die to do it. So far this has not happened (with positive results). So to give 110%, you would need to give everything you had, die, and also give 10% of someone else.  I have even heard a few athletes go as high as 200%. Can you see now why I go crazy (and have no friends?)

4. The Next BIG Thing

This clever marketing gimmick is designed to make you feel inferior in order to get you to open your wallets and fork over all your money for some gadget that will be “obsolete” in a week. You just bought a “phone” that can take your temperature?  Too bad, the new one can read minds! You will never fit in. You will never be popular. Give them your money.

And guess what?  There’s another feature on the new phone that makes those who have it better than everyone else.  It’s called “voice to text to text to voice” (VTTV). Phones with VTTV make it possible for you to speak into them, have your voice translated into text which is sent to another phone and then translated back into voice, so the people at the other end can hear it.

Wow!  Amazing, isn’t it?  You talk into the phone and people on the other end hear you! Well, guess what, people, we already had this a hundred years ago and it was called “the telephone!”

We have all done it. I admit that I am no exception, even though I try to avoid it.  Gossip can be mean, nasty, and bigoted – and very hard to resist. And this includes the kind that you see on TV every night that tells us what famous people are doing behind closed doors.  I don’t care what anyone is wearing, how much they spent on their wedding, or if their butt looks fat in a picture. I don’t like seeing people harassed by paparazzi or treated like they belong to the public just because they happen to be famous.  And I am also saddened by the way people are harassed on social media as if it is a badge of honor to insult someone. (Okay that one was a little convoluted, but you get the idea.) 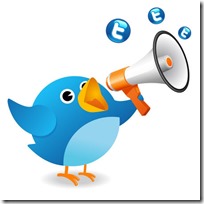 Speaking of social media,the concept of “narrating one’s life online” also bugs me. Why does anyone think that every single thing they do is interesting? Doesn’t anyone besides me have the need for privacy anymore? It certainly doesn’t seem that way.

The sad thing about this is that it seems like the people with the least to say, say the most.  The even sadder thing is that I now get to read it.  A typical sequence goes something like this:

9:47 am: not sure I like these socks, better switch to red – much hotter

9:56 am: going to store for mayo after I change my socks 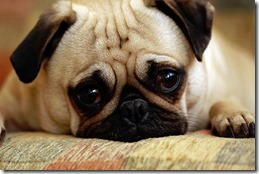 All kidding aside, my heart just breaks when I hear anything to do with animal cruelty of any kind.  I can’t watch those “adopt a pet” commercials without wanting to take them all home – and this does not just apply to cats and dogs. All God’s creatures deserve a place on this planet (including bugs as long as you keep them away from me). Sometimes I think that animals have more of a right to be here than do humans, as they live in harmony with the planet as we destroy it (but that’s just my opinion). 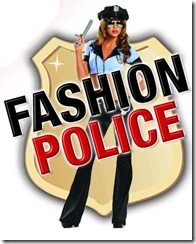 Personally, I think that everyone has the right to wear whatever they want.  I don’t like the idea of anyone deciding what styles, or colors are “in” or “out” for any season.

I think that if a person is comfortable and happy with how they look, then that is all that matters.  People should not make fun of anyone’s wardrobe for any reason.  It’s all a matter of personal taste and opinion, and that means that there is no right or wrong.

I don’t like the idea of fashion shows, where stick-figure people arrogantly walk down a runway showing off how “better” they look than you.  They are not real. Again, it’s all a distortion to make you feel bad enough to give them your money.

I am going to continue to dress how I want, even if people laugh (but if that happens I will probably wind up hiding inside more – but at least I will be comfortable!)

Q:Why do you think I don’t post pictures of myself?

A:  I get enough laughs from what I write.

And you know what else BUGS me?