I just celebrated a birthday, and it was a BIG one.  It was so big, in fact, that it spawned all sorts of “harmless jokes” about life and aging and death.  People are concerned about me.  They ask me how it feels.  They ask me how I am handling it – like I have some kind of fatal disease or something – almost as if they believe that they are not going to die just like everyone else.  It’s bizarre. 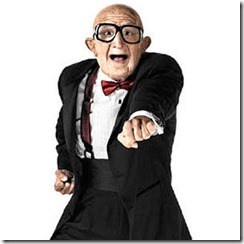 I am sure that by now, you want to know how old I am.  Not so fast. You have to work for that.  It’s not that I am ashamed – I’m not.  I just like to mess with people’s heads.

One answer would be to say that I am somewhere in between age zero and death, probably leaning closer to death; but who can tell for sure?  Nobody knows when that will happen unless they have swallowed a bomb that’s about to explode in 60 seconds.  Even then, you never know if the bomb will work.  That’s just like life: nobody ever knows.

Get your pencils and paper out because it’s time to do the math. You see, age is just a number, and can be expressed in many ways. We calculate our age by the number of times we have taken a trip around the sun while here on Earth.  That’s just one way to look at it. It could also be the number of breaths we have taken, the number of times our heart has beat, or (in my case) how many bags of Fritos I have eaten, (given a uniform rate over time).

If we lived on another planet, all of our ages would be different.  Mercury (above) takes only 88 Earth days to revolve around the sun.  On Mercury I would be almost 249 years old.  On Venus, I would be almost 98 years old.  So, it would appear that as I travel away from the sun, I get younger.  Let’s keep going.

Speed past the Earth and head toward Saturn.  On Saturn, I would be two years old. And, even better, on Neptune I would almost be 3/4 of a year old.  I better stop there or else I would go past zero and disappear.

So what does this tell us?  It’s simple: age can be measured in many ways.  It can be the number we assign to ourselves based upon length of life; and it can even be the number associated with state of mind – how we feel and think and act. 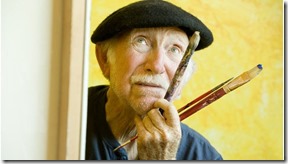 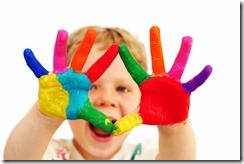 How do we choose our age?  That’s up to you. Do you stay active, mentally and physically? Do you like to try new things or do you like to keep the same routine over and over? Do you challenge yourself?  Do you keep learning every single day? These are the things that keep us young.

It doesn’t matter what you look like when you do things.  It doesn’t matter what people think.  You have the right to live your life the way that you want. There are no rules. Don’t listen to the folks who say “you can’t” unless they are talking about pouring poison over your corn flakes.  No doubt about it, that is a bad idea in most cases.

Think young, act young, be young – or be old if that’s your choice.  It’s all good.  It’s all part of this amazing journey that we call “life.” So live it.

And if you want to guess my age depending upon other factors, like how I act; well I think that by now you should all have a pretty good approximation of that.